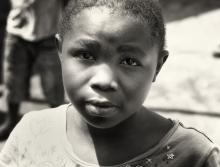 Quote of the month: “I learnt about Ebola as a one page note during medical school. No special information was provided to doctors so I took to Google like everyone else. I continued working right through the outbreak and we faced challenges that we just muddled through." Bintu Mansaray (Sierra Leone)

When the Ebola virus struck Sierra Leone in 2014, Bintu Mansaray (HIFA and CHIFA Country Representative for Sierra Leone) was one of several HIFA members at the frontline of the response. Aside from a brief note from her medical school, she had no access to any information on treating or preventing the spread of a disease largely forgotten since its discovery in 1976. In Freetown, HIFA Country Representative Beatrice Muraguri, an Information Management Professionnal, was working with WHO to locate and disseminate the vital information needed by Bintu, her colleagues across Sierra Leone and their patients. “I had to burn the midnight oil”, recalled Beatrice, “trying to put together any information coming in to feed the information hungry and thirsty global audience”.

In the event, Beatrice found it almost impossible to fill what she later described in a message to HIFA as “an information vacuum”. For Beatrice, the information vacuum caused “the spread of the menace": the people of Sierra Leone placed their trust in cultural traditions such as washing the dead, causing a dramatic rise in Ebola infection rates and avoidable deaths.

“We are not well prepared”

Future pandemics with other organisms could be even more catastrophic. “We are not well prepared”, was how the new WHO Director-General Dr Tedros recently described global readiness. His words resonate strongly with a webinar hosted by Disaster Lit, shared with HIFA members during August. Disaster Lit identified the four problems currently undermining preparedness for a pandemic: weak health systems, weak health governance, vaccine scepticism, and misinformation. HIFA members were particularly concerned to note that, whilst the latter two issues can and should be addressed as a matter of priority, governments and international health agencies continue largely to ignore them.

As Dr Tedros also stated, another lesson taught by Ebola was, “Our global system is only as strong as its weakest link”. During August, HIFA members explained how the tools to strengthen one of the most fragile links are available and ready to use:

HIFA Steering Group member Chris Zielinski noted 'the component of the health system that needs addressing as a priority is its ability to disseminate and apply information through all media and knowledge face to face'.  Across West Africa during the Ebola epidemic, such channels were responsible for the spread of dangerous misinformation. Joseph Ana (HIFA Steering Group member, Nigeria) agreed that it was vital that, “implementers in all countries need to cascade the readiness plan and processes to rural, lay, media and professional stakeholders, well before the epidemics strike”. In his view, "Awareness and ownership of readiness plans if they are effectively disseminated as health information, to our understanding was the cornerstone of the success that Nigeria recorded when Ebola struck the country."

The focus of community messaging should be on risk communication: namely, the effects of an event, and how actions may affect the outcome. This was one of the findings of a systematic review by Evidence Aid which went on to recommend the inclusion of interventions based upon increased knowledge of preventive measures, e.g. individual and group face-to-face information sessions, telephone calls, mass media campaigns, mass SMS text messages.

Whilst Social Media can have a negative impact (spreading rumours about Ebola cause/treatment), evidence shows that Twitter is an effective resource for disseminating information about global health crises, and health professionals also use Twitter to fight the battle against antimicrobial resistance in Africa. They "network and connect with worldwide experts, obtain real-time news from medical conferences, participate in live Twitter chats conducted by experts or medical organisations, or participate in international journal clubs".

Acknowledging that accurate health information is a prerequisite for disaster teams, Joseph Ana reminded us of the bigger picture: ‘“a digital divide with regards to access to this content, because for most of the LMICs this is not limited to 'times of crisis'. It is the normal!”’.

Martin Carroll was previously Head of the International Department at the British Medical Association, London UK, and has worked on issues affecting health in LMICs since 2003. He represented the BMA on the HIFA Steering Group from 2008-16 and is now an independent adviser to the group.   Martin is a member of two HIFA working groups: Multilingualism and Evaluating Impact of Healthcare Information.