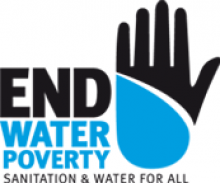 Organisation type:
NGO
Support type:
SO non-financial
End Water Poverty (EWP) is a global civil society coalition campaigning to end the water and sanitation crisis. Established in 2007, we have now grown to over 340 members in more than 50 countries around the world, working in all regions across Africa, Asia, Latin America, Europe and North America. Our members are civil society organisations ranging in size and scale, from large international non-governmental organisations, such as WaterAid and regional networks, such as the Freshwater Action Network - South Asia (FANSA), to national networks, as well as small grassroots and community-based organisations.